I started my kombucha brewery journey in June 2019 after spending over a year buy and drinking commerical kombucha. I got my first SCOBY (symbiotic culture of bacteria and yeast) in Portland, Oregon from Communitea Kombucha Brewery. I went to Communitea with my new friend Charlotte after the Portland Open DGPT at Blue Lake disc golf course in Fairview, Oregon. I named this SCOBY organism “Scoby-Wan Kenobi” and he found his home in a wooden 2 gallon oak barrel. After about 6 months I quickly learned that although wood is an “organic” vessel for brewing kombucha; it can be a very touchy material and it isn’t suited for van life. So I happily upgraded from a 2 gallon wooden barrel to a 7 gallon stainless steel brewing vessel in February of 2020.

While I was in Corpus Christi, Texas visiting family and doing some van upgrades, I met the owner of a local brewery who also made and sold hard kombucha along side his craft beer at his brewery. He was sponsoring a local doubles tournament and was pouring beer and hard kombucha samples at the course. As we were talking an I explain that I had been brewing for just over 6 months. He casually questioned if I had “scoby hotel” because I live in the van and with all the elements and temperature changes he figured I had to have a back up! But I didn’t! I had made it so far with no issues in the van! Alex and I went to the brewery after the tournament and got to check out their brewing room. They had 3 huge kombucha vessels, I think each was 400 gallon vat of kombucha!  Lazy Beach Brewery was more than happy to hook me up with another SCOBY to start a hotel and that has been producing delicious kombucha ever since!

For about 6 months, I went to Spearfish, South Dakota to do end of life care for my Grandmother and I got a small part time job at a local organic health food store. There I was able to find lots of delicious and healthy herbs and spices as well as fresh, amazing  produce for flavoring my kombucha and even started a second “green and white tea only” kombucha. The green and white tea brew is much more mild that original kombucha, as original kombucha is made from black tea has more purines which aid in the metabolism of the microorganisms which produce a much stronger kombucha brew.

This past winter while I was in South Dakota, Alex went down to Houston, Texas to work at the wine warehouse again. Before he left I made him three bottles of kombucha. They were pomegrante, mint, and honey flavored, I made them just before he left so I didn’t filter the pomegrante out, so that it could gain flavor and carbonation during the second ferment. I talked to Alex on the phone and he mention a few times how much he was enjoying the brew. Then I got the phone call, he had forgotten about the third bottle as the job got super busy and a 64 oz growler had exploded. Literally the glass bottled exploded and there was kombucha seeds that looked like buckshot all over the ceiling and walls of the van. Luckily, Alex was not in the van when it happened, but man that was a mess to find on a 15 minute break!

My all time favorite kombucha for flavor and ease on the road is turmeric-ginger (I have them both in powder form, which allows the sediment to rest at the bottom so I do not have to filter the brew)!  But there is so many herbs that have medicinal qualities, I love to change it up if it have the time, also I’m not sure if anything could be more thirst quenching than fresh strawberry lemon and mint kombucha on a hot day! When we were in Texas I decided to make some turmeric-ginger kombucha and add some fresh clementines to the brew. As I was draining the kombucha from my vessel, a piece of scoby got stuck in the spigot, so as I was removing the blockage, the spigot got a little loose and slowly started leaking kombucha. I quickly filled as many bottles as I had prepared to flavor, but I was not ready for 7 gallons! I had to grab my insta pot because it was the biggest, stainless steel vessel I had! I had to put my huge SCOBY and remaining kombucha in the pot while I cleaned the brewing vessel and tightened the spigot up! It wasn’t too much of a mess until a few weeks later. I has been cleaning my van for a couple of hours and was ready for a break. I had three 64 oz growlers left from when I had to drain all the kombucha. They were all original, unflavored kombucha, which usually doesn’t create a lot of carbonation. Standing in the van at my kitchen counter, I burped one bottle, a hear the carbonation escape from under the lid. I burped the second bottle, again the carbonation made a crisp sound of escape and I seal the cap again. “Okay, it’s time for the last one, I cannot wait to have a swig,”  I think as I unseal the cap…and BAM! the carbonated kombucha threw the lid and my hand out of the way, as the kombucha is flying up to ceiling I quickly aim it out of the van door as I jump out of the van. I lost almost half the bottle to the explosion and this is when my host walks out of his house and into the drive and asks, “is everything okay?” There is a wet mark painted across the drive with little orange chucks and my face and hair is dripping wet, it seems there was another bottle of flavored kombucha that I had forgotten about! I wonder if I learned my lesson that time?

I have enjoyed drinking kombucha for over 3 years and loved brewing it for 2 years now and have started multiple friends with kombucha brews and enjoy sharing the experience of starting a new brew together. There are brews in San Diego, California, Tucson, Arizona, Denver, Colorado, Rapid City, South Dakota, and just today we are making a fresh batch for our friends in Philadelphia, PA! So if you come across me at the van I will likely have some on hand, stop by and ask for a taste. I drink kombucha because it has undeniable, amazing health properties, but also I really enjoy journey of growing and taking care of the brew in the van and the sense of calm and relaxation I get when I have time to turn on some tunes, get out all my herbs, and make some delicious Booch (kombucha)! 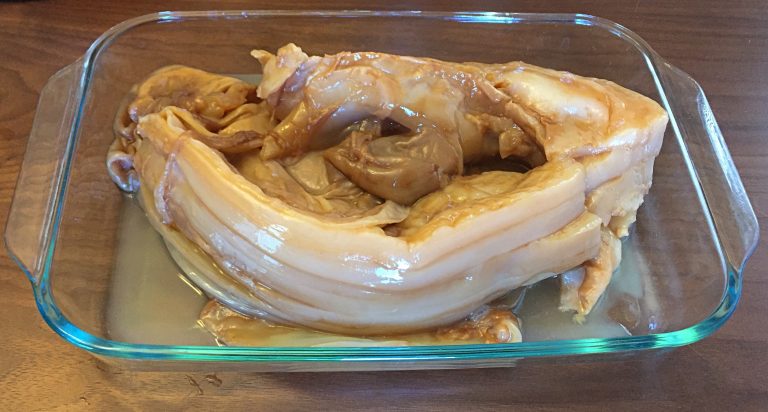